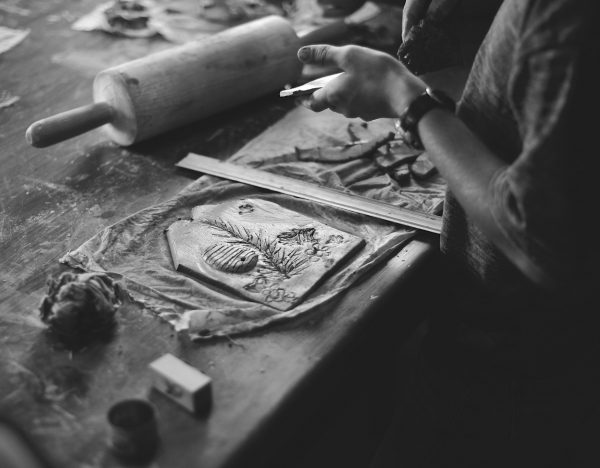 The creative year started with plenty of motivation and attention from several publications and nominations by local Mexican magazines and organisations. The more interviews, the more a pattern of “Mennonite Woman” as an issue for my own definition.

The arts and academics have always been a unique combination. In June of 2015, Abby Carl Klassen, a poet, invited me to a unique panel of Crossing the Line, held at the Eastern Mennonite University, Virginia on June 2016. The preparation and participation was truly a life changing experience for me. The fear of being vulnerable was challenged, yet the sharing how art guided me through important life events within an academic setting was very rewarding.

For the conference my presentation consisted of old student portfolio pieces talking about culture shock and some work specifically tailored for the 2016 Crossing the Line conference.  I was able to connect dots with an introspect of my own self. Crossing lines was expressed in various levels with artistic mediums of painting, scultpure and ceramics focusing on gender and cultural boundaries growing up in a very sheltered community the Campos Menonitas of North Mexico. The audience received the presentation with warmth. The panel consisted of another two amazing presentations of poetry by Abby Carl Klassen and a story by the funny personal historian Anna Wall from Durango, MX. https://anabaptisthistorians.org/tag/crossing-the-line/ to read more about the panel.

Following in June 2016, a small solo exhibition was showing at a Theater Hall in the city of Cuauhtemoc, Chihuahua. “Adaptacion” was the title and it referred mostly to the topic of Crossing Lines as a Mennonite Woman. In this setting, my work focused more to my current neighboring cultures right here in the Campos, specially for us as young woman. Working together as a team in the various communities setting aside the gender, religous and cultural differences could allow us to adapt easier to our estranged worlds with the inclusion of art and cultural education. This closing ceremony of the Adaptacion show was visited by Mexicans and only two artist Menonitas came to hear the closing speech.

Throughout the summer I held workshops of Ceramics for a group of young children. This workshop was requested as a therapy from several moms who saw their kids suffer from traumatic events such as a Drug war shooting right around their neighborhood. The clay helped and the kiddos took home some proudly made pieces were the topic was nothing but to enjoy the creative process.

Another very interesting event took place in the Campos Menonitas Cuauhtemoc, during September 2017. The Platdeutsche Medien Konferenz PMK3 consisted of several areas of medias such as writing, film, music and the visual arts. The artist Bennie Peters challenged us to make art in Platdeutsch which was a wonderful way to ask ourselves who we are and how we express ourselves in our own language. We learnt quickly the huge gaps and lack of art vocabulary in Platdeutsch limiting our forms of expression. However, color and shapes in addition to contemporary art practices introduced us to embrace our heritage in the form of visual art making. After the project, the team invited me to lead this local group to teach art in general but specially focusing on Platdeutsche Kunst to gather visual art and much needed Platdeutsche Kunst vocabulary. The goal is to bring this group to the next PMK4 in Germany of September 2019. 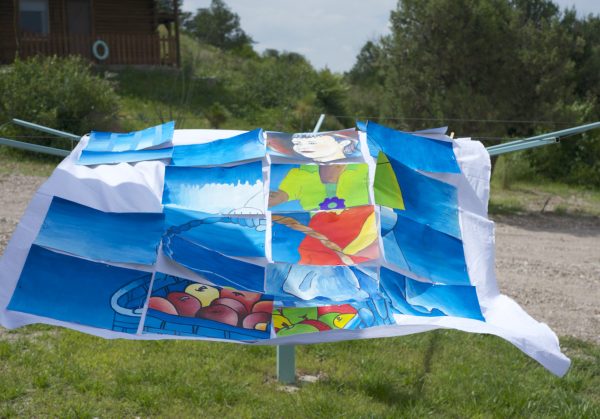 Living in a public setting has helped me meet great people and their projects. Joerg Mueller was another great person to meet this past September. He was sent to my studio by the request to help him photograph progressive Menonites as part of a documentary project “Deutsche Orte” he has been working on for several years. http://www.joergmuellerfotografie.de/reportage/deutsche/minderheiten/

October was a month filled with Ceramic work and preparing for a design show and small market for the Punto Encuentro de Diseño in Chihuahua City. A collective exhibition of fellow ceramista artist Pato Negro to showcase our work. Again, a Menonita self portrait sculpture, a “Faspa” set and an installation of the representation of “Tres Culturas” was my participation. The audience was alternatively hip! https://www.facebook.com/EncuentroDeDiseno/posts/1981765145419759 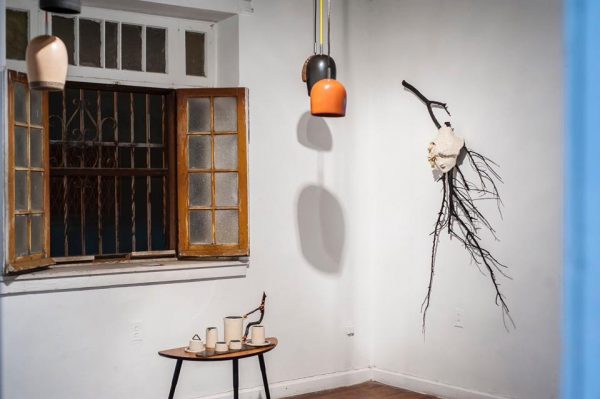 Back to earlier July 2016, my cousin invited me to help organize a christmas market here in the Campos Menonitas. Due to stressful life events of 2016 and 2017 we needed a positive shift in our community! The focus was clear, we wanted to offer a space where creative and hardworking woman with their families could exhibit and sell their work. Starting from scratch and little reference to any previous exprenience, we started on social media and invited as many friends we knew to help spread the word. In about a month thrity spaces were filled with bakeries, crafters, designers and artists. To  compliment the market, we offered a small stage for local Menonite talent of singing and playing musical instruments. The event took place in the heart of the Campos about 45 min drive away from the city of Cuauhtemoc. 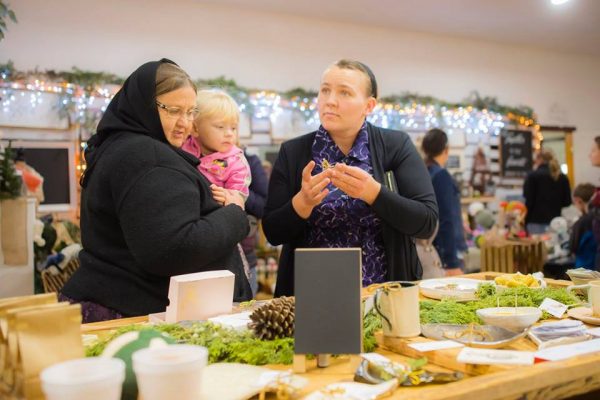 We expected a lot of Mexican visitors however the day came and the place was filled with overflowing Mennonite customers. Folks came to buy seasonal gifts made mostly by woman in their homes and studios. The event was a happy success where young and old enjoyed an environment of this nature had never before been offered inside our community.

The Kleiner Weihnachtsmarkt 2017 event was volunteered by a handful of individuals who despite the fear and stress of violence, several of us grieving a loss, desperately longed for a positive shift.  The time invested in the organizing of this event was kept positive and full of anticipation. The project shows plenty of potential for growth and has been requested for repetition. The work was intense and completely rewarding. No regrets!

To conclude with a positive surprise, the second day into the market, the Campos were blessed with a historical snowfall covering the Campos in a clean white blanket, a clean new start! https://www.facebook.com/Der-kleine-Weihnachtsmarkt-1420324198059417/ 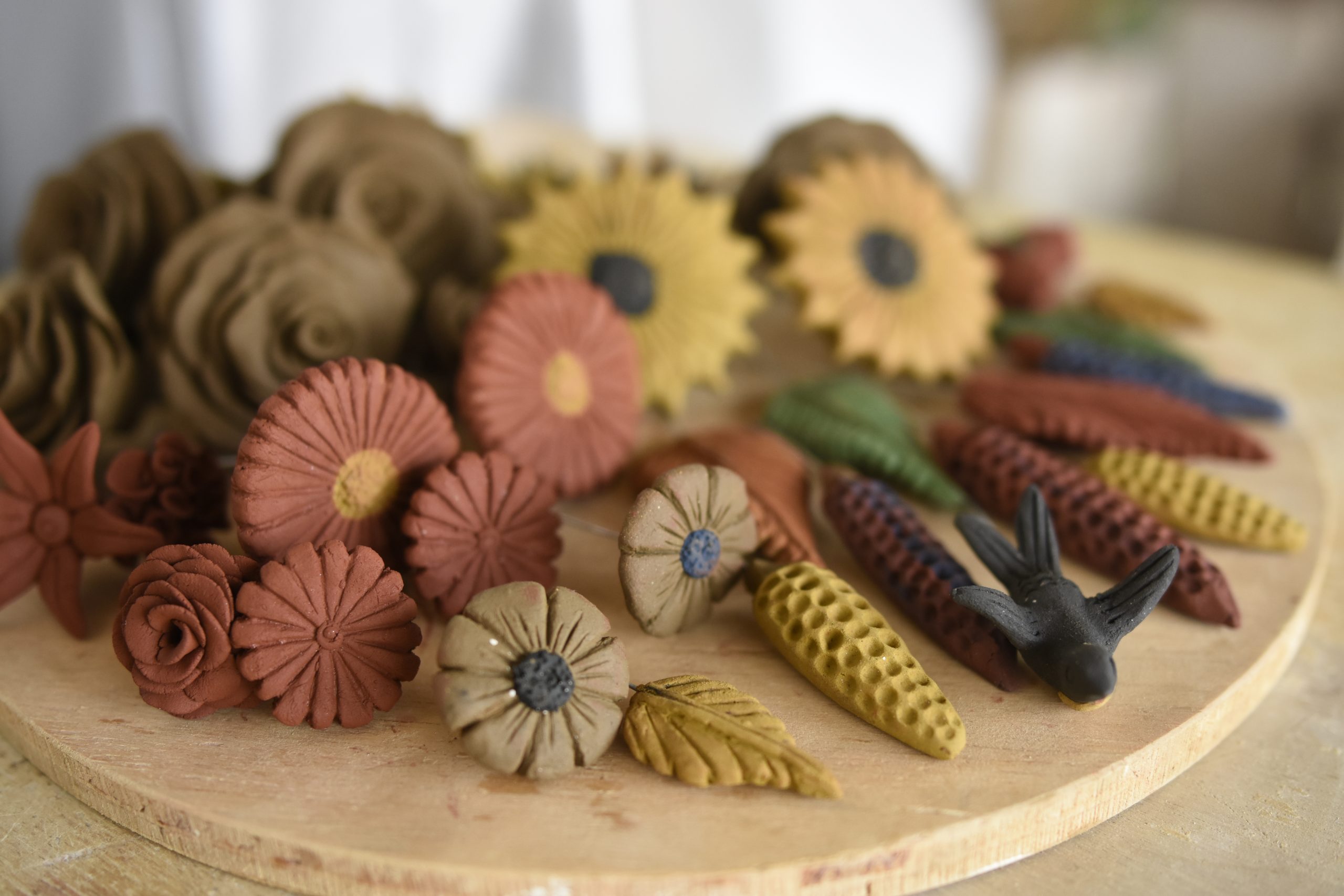 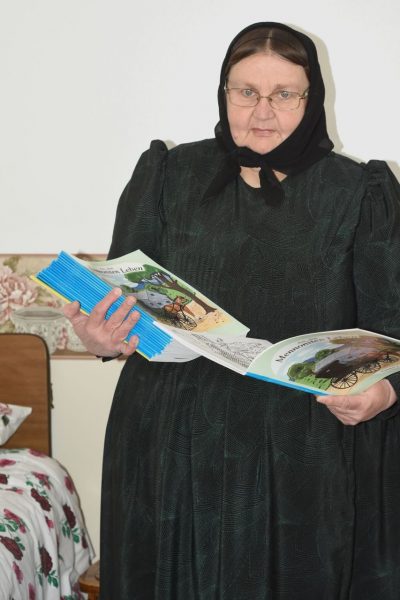 By Verónica Enns Enns
In